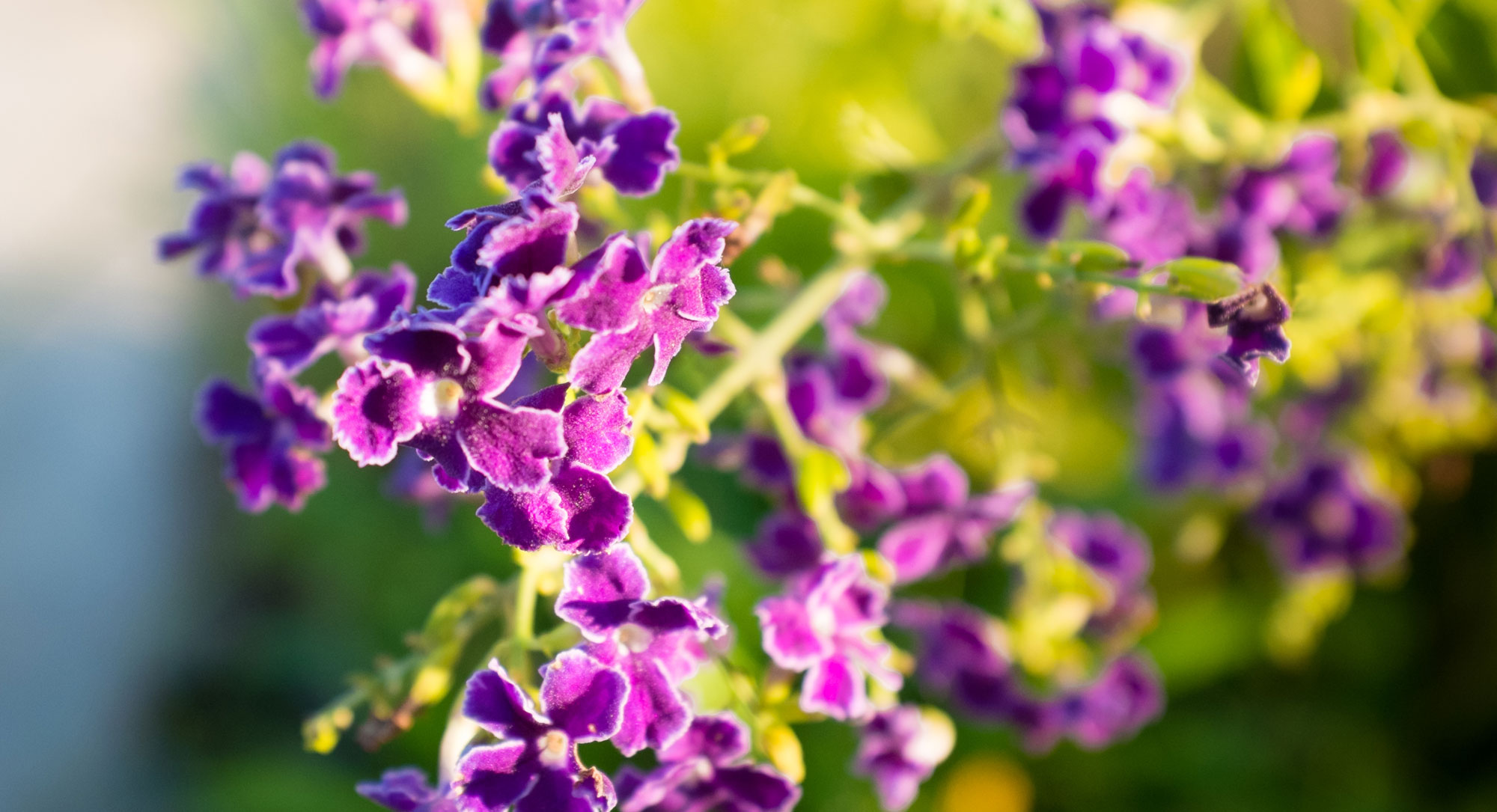 Click on a question to read the answer below.

I’m having a procedure done in the office. Is there anything I need to know or do to prepare?

What to do when I am in labor?

What medications am I allowed to take while pregnant?

Are herbs and extra vitamins safe during pregnancy?

No, your prenatal vitamins should be the only supplement used during pregnancy unless your provider specifically directs you to use an additional product.

Are yeast infections common during pregnancy?

It is not uncommon to develop a yeast infection during pregnancy. If such an infection does occur, it is safe for you to use over-the-counter products, such as Monistat. These are readily available at stores. However, if you are early in your pregnancy, before 12 weeks, it is important that the cream be used externally only. After 12 weeks, it is safe to gently use the applicator internally.

Are hemorrhoids common during pregnancy?

Very often pregnant women who are constipated also have hemorrhoids. Hemorrhoids are varicose (or swollen) veins of the rectum. They are often painful. Straining during bowel movements and having very hard stools may make hemorrhoids worse and can sometimes cause them to protrude from the rectum. Do not take drugstore cures while you are pregnant without first checking with your doctor or nurse. Hemorrhoids usually improve after the baby is born. Several things can help give relief or avoid the problem in the first place.

Do not eat or drink several hours before bedtime.

What can you do to reduce or prevent heartburn?

Indigestion is commonly called heartburn, but it does not mean that anything is wrong with your heart. It is a burning feeling that starts in the stomach and seems to rise into the throat. It occurs when digested food from your stomach, which contains acid, is pushed up into your esophagus (the tube leading from the throat to the stomach). Liquids that you drink also take up space in your stomach, so they may also add to the problem. Changes that take place in your body during pregnancy may worsen indigestion. Changes in your hormone levels slow digestion and relax the muscle that normally prevents the digested food and acids in your stomach from entering the esophagus. In addition, your growing uterus presses up on your stomach.

Is it safe to continue to have sexual intercourse during pregnancy?

Some people worry about having intercourse during pregnancy. They may be afraid it will cause a miscarriage. For a healthy woman with a normal pregnancy, intercourse is safe into the last weeks of pregnancy. For your comfort, you and your partner may want to try different positions. Your doctor or midwife may advise you to limit or avoid sex if there are signs of problems in your pregnancy.

Is it safe to paint during pregnancy?

Latex paints manufactured before 1991 used small amounts of mercury as a preservative. There was some concern that this mercury could present a health hazard, so mercury is no longer used in latex paints. The fumes from latex paints are not felt to be a specific risk to a developing baby, but it is always wise to paint in a well-ventilated area. The fumes from oil based paints, turpentine, paint thinner, etc., are best avoided by pregnant women. Also, remember when painting to avoid use of a ladder to reduce the risk of injuries due to a fall.

In the last three months of pregnancy, you may find that you have more leg cramps. Get plenty of calcium (three glasses of milk or supplement) and potassium (oranges or bananas). Stretching your legs before going to bed can help relieve cramps. Avoid pointing your toes when stretching or exercising.

What can I do to relieve constipation?

At least half of all pregnant women seem to have problems with constipation. One reason for this may be changes in hormones that slow the movement of food through the digestive tract. Sometimes iron supplements may also cause constipation. During the last part of pregnancy, pressure on your rectum from your uterus may add to the problem. Here are some suggestions that may help:

What can I do for headaches during pregnancy?

Headaches are common during pregnancy. Usually headaches do not signal a serious problem. How often they occur and how bad they are may vary. It is important to discuss with your healthcare provider which medications you can use for the headache. You should contact your doctor if your headache does not go away, returns very often, is very severe, causes blurry vision or spots in front of your eyes, or is accompanied by nausea. You may use Tylenol (acetaminophen) two regular tablets or one extra-strength tablet for headaches.

If I am pregnant and may be exposed to someone who has Parvovirus – Fifth Disease, what should I do?

Pregnant women exposed to, or who develop symptoms of the Parvovirus B19 infection should be tested to see if they are susceptible to infection (nonimmune) or if they have a current infection. You will need to contact your doctor to check your immunity by having a blood test performed. If the Parvovirus B19 IgG is present and the IgM is negative, both you and the baby will not develop the infection. If both of the tests are negative, it means you are not immune and have not developed the infection. You may want to minimize further exposure by staying away from the person who does have the infection. If you have been exposed to the virus, your doctor should counsel you regarding risks and any treatment that may be recommended.

If I am pregnant and a family member has or has been exposed to Chickenpox, what should I do?

Most adults are immune to chickenpox, either from having the disease or by forming immunity from a mild exposure. If you have had chickenpox in the past, you and your baby are protected. If you are not sure, ask your doctor to check your immunity with a blood test. If this shows positive immunity, you are both protected. If it shows no immunity, an injection of a medicine called Varicella Immune Globulin (VZIG) may be given to prevent chickenpox. In order to be effective, this injection must be given within 72 hours of exposure.

Is it normal for swelling to occur?

A certain amount of swelling (called edema) is normal during pregnancy. It occurs most often in the legs. Elevating the legs usually makes the swelling less by the next morning. Swelling can begin during the last few months of pregnancy, and it may occur more often in the summer. Let your doctor or nurse know if you have swelling in your hands or face, because this may be a sign of another problem. A clue that your hands are swollen is that your rings are too tight. Never take medications (water pills) for swelling unless they have been prescribed for you.

Rest in bed on your left side.

Is it safe to exercise and continue work during pregnancy?

Exercise can help strengthen muscles used in labor and delivery and lessen some of the discomforts of pregnancy. It may give you more energy and make you feel better. The type of exercise you can do during pregnancy depends on your health and how active you were before you became pregnant. This is not a good time to take up a new, hard sport. If you were active before, you can continue to be within reason. If, for example, you play tennis, you can still play unless you have special problems or feel very tired. A good “rule of thumb” is to limit exertion to about 2/3 of what you could do before pregnancy. Most of the time, a healthy woman with no complications in her pregnancy can keep working until the end of her pregnancy. Some may need to make some changes. If you are experiencing problems that you feel may be related to your job, please discuss this at one of your office appointments. Your family should be able to help you at home as fatigue increases at the end of your pregnancy.

What can I do for nausea and vomiting during pregnancy?

The following suggestions may be useful in relieving nausea and vomiting:

Download the pdf.
Are saunas, hot tubs, and tanning booths safe during pregnancy?

May I color or perm my hair during pregnancy?

Often pregnant women have concerns about the safety of hair dyes and permanents during pregnancy. There is no scientific data on this question, but it seems unlikely that these types of exposures are harmful.

What can I do for cold and allergy symptoms?

Colds are miserable things, even at the best of times, but there are increased concerns during pregnancy. Many things can relieve symptoms at home, sometimes eliminating the need for an office visit.

May I travel during pregnancy?

Most women can travel safely until close to their due date. For most women, the most comfortable time to travel is in the middle of pregnancy. Problems are least likely to happen during this time. During pregnancy, many women have concerns about seat belts. There is no question that you are much better off wearing your seat belt during pregnancy. The baby is very well protected in the uterus from trauma, but car accidents are the most common source of trauma during pregnancy. The most common reason for fetal death is maternal death, and maternal death is much less likely in mothers who wear seat belts. Both lap and shoulder belts should be worn at all times. The lap belt should be worn low on the hips, not over the uterus. Also, remember that after delivery, an approved car seat must be in your car in order to take your baby home from the hospital. We recommend you not sit with your legs crossed and that you get out and walk every two hours. People also have concerns about flying during pregnancy. In general, there does not seem to be an increased risk for women who fly during pregnancy. Any woman who sits for long periods of time without getting up for a walk is at risk for developing a blood clot in her legs. For this reason, on flights over two hours, you should get up, stretch your legs and take a walk up and down the aisle. Because of this, an aisle seat is usually advisable. Our office recommends that patients do not travel after 35 weeks and restrict travel to within one hour from home during their last month.